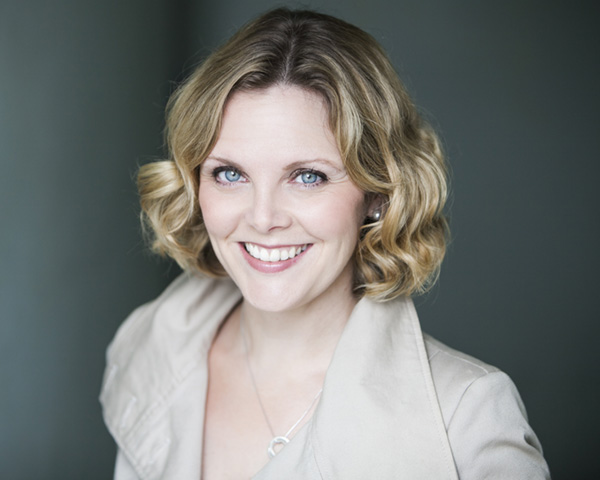 Who or what inspired you to take up singing and pursue a career in music?

I’ve been singing since I was little. I started lessons when I was six (pretty normal in Wales) and always sang in choirs. When I was fifteen I joined the Swansea Bach Choir and the conductor, John Hugh Thomas, really became my mentor. That was one turning point in my singing life. Then after I had sung at Clare College Choir for three years at uni, I went to be an au pair for a while. It had never occurred to me that I would be a singer. By total chance during that year I was asked to sing for Sir John Eliot Gardiner and his year of Bach cantatas, with the Monteverdi Choir. That’s what started my life as a professional singer and I still thank the stars for the lucky break that got me that audition.

Certainly John Hugh Thomas, he was my biggest inspiration when I was young, since he too had started out with Sir John Eliot Gardiner, and his immense musical knowledge and empathy taught me so much. Then it’s been other singers along the way: Emma Kirkby, Rosemary Joshua, Lisa Milne, and especially my peers who’ve surged ahead with fantastic careers, like Carolyn Sampson and Lucy Crowe.

Getting the balance right. Between singing/presenting; work/family; music I know and love/new music that’s exciting but a lot to learn. It’s a constant juggling act but then, I suppose most careers are.

In 2009 I recorded Buxtehude’s Membra Jesu Nostri with the Purcell Quartet. For years that has been my favourite piece of music – it’s absolutely heart-rending – and to sing it with such superb singers was a real pinnacle for me. I’m also very proud and honoured to have played a part in the recent tribute to the Aberfan disaster, Karl Jenkins Cantata Memoria. That was one of my toughest concerts yet and one I will remember forever. And this month I’m releasing a CD of the works of Morfydd Llwyn Owen, a seminal Welsh composer who died tragically young and whose work is fascinating. Her songs are like early Novello, and there is an immense depth to them: I’ve loved her music all my life, I hope that now more people will get to hear these first ever recordings, and warm to her music too.

My musical heart is definitely in baroque music – anything from Purcell to Handel to Bach makes me feel entirely at home. I’ve always been completely at one with the style and harmonies of the baroque period, and there’s nothing from that age that I wouldn’t love singing. I’m equally comfortable though with modern music, and I’ve been very lucky to have many pieces commissioned for me, or else to have performed the premieres of new works. It stands in such stark contrast to baroque music: instead of giving your own interpretation of a piece that’s probably been performed a thousand times, you get to mold and pretty much create a song from scratch. The best colliding of my worlds then happened when I recorded Bach’s ‘Alles mit Gott’ – the world premiere recording of an ode written three hundred years ago.

Much of my repertoire is decided by the orchestras I sing with, and the venues or festivals we play. I’m normally booked to sing a specific piece, which means a glut of Messiahs around Christmas, Passions around Easter, and generally upbeat and British music during Proms season! When I programme a recital, I take time to think about the impact the pieces I choose will have on an audience, and how they’ll work as a set. I tend to have themes for my concerts, because it makes sense to me and I think it’s easier that way to bring the audience on a journey. And I’m a firm believer in mixing things up; I’ll go from Hildegard to Judith Weir in one sitting. I like to stretch the audience’s repertoire, as well as giving them some firm favourites.

I’m sure it’s a cliche to say so, but the Wigmore Hall really is the mother of all concert halls. The acoustic there is simply exquisite and makes every performance a dream. I also love the Albert Hall for its epicness, and the new Great Hall in Swansea because it’s a wonderful space so close to home. Ideally, I would sing all my concerts in churches, because the vaulted generosity of the buildings carries your voice for so long, but I often get cold in the winter!

I’m a genuine mixed bag of musical tastes. My Spotify list currently has: The Foo Fighters, The Feeling, James Gilchrist, The Sixteen, Renee Fleming and always Queen. I’ve long admired vocalists who have a distinctive timbre, and who can ply their voice according to the song – I think Freddie Mercury comes top of that list. Also people who express themselves wholeheartedly through the music, as though it pours out of them, rather than forcing their interpretation on top of it  – Glenn Gould for instance, or other instrumentalists like John Williams or Nicola Benedetti. My husband and I (he’s a singer too) are currently in the process of introducing all the ‘greats’ to our two little boys. So far we get daily renditions from them of Bon Jovi, Queen and Billy Joel so we think we’re on the right track.

I think it has to be singing the Monteverdi Vespers in St Mark’s Venice – utterly spellbinding. Also, singing Bach’s St John Passion in the Thomaskirche in Leipzig. Oh and singing Haydn’s settings of Welsh folk songs in Esterhazy. Actually a lot of my concerts have been memorable and moving, I’ve been very lucky. The Paralympics Opening Ceremony should be up there with the most memorable but I was so scared I don’t actually remember much about the performance!

I often give masterclasses at colleges and on courses, and one thing I’m eager to impress on aspiring performers is that, in this day and age, there’s a lot more to it than just musicality. It’s a hard slog, and will require many talents of you, so don’t depend on your instrument alone to get you a long way. That’s a tough message to hear, and I’m always glad to see the uninhibited optimism and grit of young people starting out in the business. I firmly believe that doing your passion as a job (in my case, singing) is a huge honour, and is a combination of talent, luck, hard graft, and personability. With a cupful of sight-reading, a dose of languages, a teaspoon of stage-craft and ladles of determination and inspiration.

Still alive would be great. Still singing would be lovely. Still healthy would be a bonus. Still happy would be very lucky indeed.

A world in which I no longer needed my mobile phone. And one where I could play Lego and make-believe with my boys all day, and somehow incorporate that into an opera which also featured marmite and maltesers.

Elin Manahan Thomas is one of the most exceptional sopranos of her generation. Since releasing her début album ‘Eternal Light’ in 2007, with the Orchestra of the Age of Enlightenment, she has performed at many of the world’s most prestigious venues and festivals, and with leading orchestras and conductors. Perhaps most famously known for her performances of baroque masterpieces – such as Handel’s Eternal Source of Light Divine at the London 2012 Paralympics Opening Ceremony – Elin is equally at home performing classical and contemporary works.