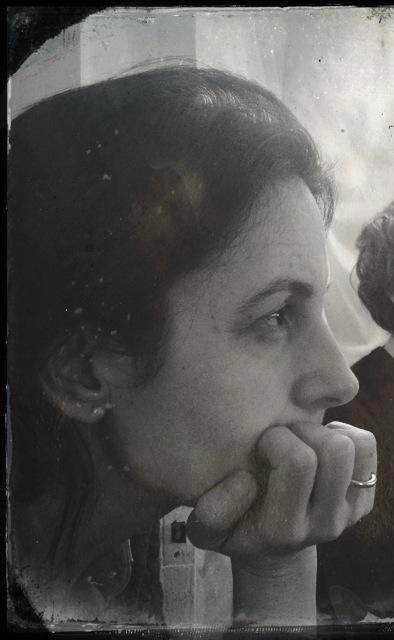 I started writing music when I was four, so I have no memory of why this was! My mother said that when I was three, I would watch television, go to the piano and play the music I’d just heard. I also loved placing my favourite story-books on the piano and would make up accompaniments as I read them. When I started school (Bedales School) aged four, I had piano and theory lessons and the head of music encouraged me to compose musicals! I wrote my first musical, ‘The Wombles’ aged four, which the school produced and then during the rest of my school life there (until I was 18), I wrote several more musicals, which were all performed. I never questioned that I was anything other than a composer (even though I learned the piano and clarinet during those school years), except I had a secret fantasy to be a heart surgeon!! I was a huge film and television addict as a child, which I think laid the ground for my career as film composer.

Along the way I’ve had some incredible teachers to whom I am indebted for their guidance, encouragement and teaching and to list them all would take a whole page, but Melanie Fuller at Bedales and Joseph Horovitz, during my undergraduate study at the RCM gave me the most formative and solid foundation that I rely on still to this day. Milton Babbitt, when I did my Masters at the Juilliard School, gave me much worldly advice and shared his experience and knowledge, even though musically we were worlds apart. For concert/classical compositions, my most significant influences are Stravinksy, Prokofiev, Ravel, Britten, Shostakovich and Sondheim; put those all in a pot and stir them up and out comes something like me!

For my theatre and film compositions, it is normally the film or play, director and producer that will dictate what music is needed and I can write in a wide variety of styles, but in the end I think my melodic voice comes through.

As a classical composer, earning a living was by far the greatest challenge! And in my 40s it was juggling being a single parent of three children whilst trying to start a new path towards film composing. I owe my children everything for their eternal patience during the time I did a second Masters degree at the National Film and Television School and since then for practically having no mother available when I’m chained to my desk up against tight film deadlines!

What are the special challenges/pleasures of working with particular musicians, singers, ensembles and orchestras?

For a commissioned piece, it’s important to know the ability of the players you are writing for, along with the planned time they have to rehearse. I think for a future life of any piece, it’s important for the musicians to know this is a piece they can program again and that it’s performable! With these particular commissions for I Musicanti, I am aware I have virtuosic musicians to write for, and I worry that I’d let them down by not writing something that gives them a platform to show their skills and gift. But at the same time, I have tried not to let this cloud my idea of what the piece should be as a whole.

There is no greater pleasure than hearing my work brought to life my real musicians and in the case of i musicanti, world-class musicians.

There are a few pieces I wish could be performed again. I composed two pieces that had Royal premieres; a piano quintet for my father’s 70th birthday that was ‘Theme and Variations’ of Happy Birthday, performed in front of Prince Charles and a piece for chamber choir, ‘God of the Sea’ performed for Princess Margaret at Windsor.

I think the concert piece I am most proud of was my cantata ‘The Happy Prince’ which was performed with narrators, choir and orchestra at St John’s Smith’s Square in 1993. The reviews it received recommended it was performed at the Proms and that is still something I dream of. My father wrote the libretto and we would both love to hear it performed again.

My concert work is melodic and probably the best description of its harmonic language would be neo-classical/bi-tonal.

I have a studio at home for my film composing, which involves a computer, screens and full size Roland RD700 weighted keyboard. But right behind me sits my Steinway Grand, which I bought in the New York Steinway showroom after I graduated from Juilliard. It’s my most treasured possession and signed inside by Steinway’s grandsons.

Most of my film work and all my concert work begins at the piano, with manuscript paper and pencil, and eventually gets put into the computer for editing.

I have very eclectic taste and impossible to list all, but to name a few, other than my main influences I listed above, I’d include (in no particular order): Leonard Bernstein, John Williams, James Horner, Chet Baker, Bach and Stevie Wonder!

Seeing Robert Carson’s production of Britten’s opera, ‘A Midsummer Night’s Dream’ in Aix-en-Provence’s open-air theatre in 1991. One of the most magical experiences I’ve ever had.

Perseverance, don’t listen to naysayers and keep a still centre!

Hanging out with my three grown up kids and dogs at home, wearing pjs and drinking cups of tea and watching a movie with them! This is always perfect happiness for me.

My late mother’s wedding ring, that I wear, and my Steinway Grand piano.

What do you enjoy doing most?

I’m most at peace when I’m working.

Alexandra Harwood is an award-winning film composer, whose films have screened worldwide.

Graduated from the Royal College of Music (Dip Mus), The Juilliard School (MMus) and the National Film and Television School (MA).

Composer in Residence for the Juilliard Drama Division, she wrote for theatre productions in the US and UK. Concert work includes Automatic Flesh, for Ballet Rambert at the Queen Elizabeth Hall, The Happy Prince Cantata at St John’s Smiths Square, Sonatina for Alto Flute – current required repertoire for the International Low Flutes Festival USA, and i Musicanti’s St John’s Smiths Square 2017/18 concert series.

Other film scores include feature film The Escape dir. Dominic Savage- starring Gemma Arterton and Dominic Cooper; Growing Up Wild, a feature documentary for Disney/Netflix US; Dancing in Circles, Winner BAFTA Cymru Best Short Award (2015); A Celebration of Harry Potter for Warner Bros. US; feature documentary Yeti or Not? For Ch.4 and Animal Planet; Girlfriend in a Coma, BBC4 documentary