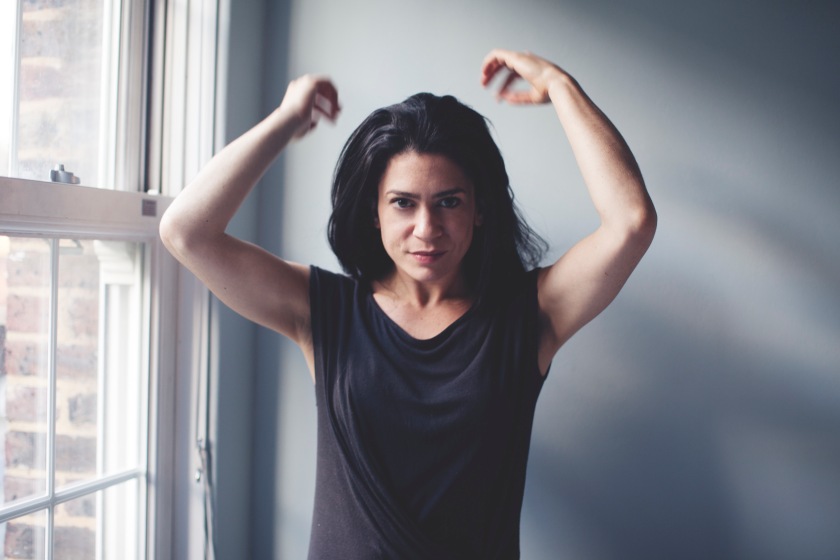 My parents are both serious music-lovers and I grew up with classical music always playing in the house. My mother used to be a contemporary dancer and my father’s parents were both musicians, one professional one amateur, so I kind of grew up with it. A family friend gave us an upright piano when I was very young, and I started demanding lessons aged 4 apparently! – I started playing and really fell in love with it. I was 12 when I decided I wanted to write music for film after seeing the movie ‘Shine’ (I was very into Rachmaninov at the time).

My passion for classical music started at home and with my piano lessons, I had a teacher who took me up to Grade 8 when was 13 – he was very patient with me! I was quite serious about ballet as a child and I think my love of melody and rich orchestration stems from that. I went to a Saturday music school called CYM (Centre for Young Musicians) in my teens, and later to Trinity College Juniors; being around other young people who loved music as much as I did I think had a profound effect. My composition tutor at Oxford, Dr. Robert Saxton, was a brilliant teacher and all-round inspiration, but it was really after that when I started working as an assistant to the film composer Ilan Eshkeri that I found the guidance that has shaped my professional career to date. Both he and the film music producer Steve McLaughlin have been incredibly supportive and taught me pretty much everything I know about the industry.

My lowest point was probably when I first left university; I was back home living with my parents, working at a clothes shop, with literally no idea how I was going to even begin my career. I bought a digital keyboard on eBay and when it arrived I discovered that it was completely incompatible with my computer. I broke down in totally disproportionate hysterics! – I think it represented everything that I wasn’t (yet), and the enormous chasm ahead… Nowadays my recurring frustration is not being given the budgets to produce my music to the standard I’d ideally want – when you know how your score could sound played by a big orchestra, compared to samples and a few live strings, for example, that’s definitely a frustration! But it’s the reality for many film/TV composers and there are always ways to turn this from an inhibiting challenge into something that’s constructive.

What are the special challenges/pleasures of working on a commissioned piece?

I love collaboration – when it works, it’s a wonderful feeling. I love the combination of ideas and opinions that result in a score you may otherwise never have written, work that is more than the sum of its parts. Of course, it can come with challenges, when you know the music isn’t quite working, or you don’t see eye to eye with your director or producer, but in my experience at least, it does seem generally to work well in the end.

What are the special challenges/pleasures of working with particular musicians, singers, ensembles and orchestras?

My favourite part of the process is to work with musicians. I’m lucky to know many extraordinary players and the recording session is often where music really comes to life. Digital samples can be so convincing these days that listeners often say they can’t hear the difference, but I find that they can almost always feel the difference. A performer will bring a whole new layer to the music you have written, and create the magic that you had in your head when you first wrote it.

I would have to say my recent score for ‘Suffragettes’, primarily because it’s a subject so close to my heart and the music I composed for it came from a place of deep personal conviction.

I have to write in many styles all the time, however I’d say my strengths lie in my understanding of orchestral colour, and melody. I like a tune, what can I say?!

I have converted a room in my London flat into a sound-treated studio. I love working from home, and in complete isolation, but have a busy social life to make up for it.

I love Beethoven, I often play his piano sonatas and there is such wide expressive and technical range in his work that it’s a constant source of inspiration – in fact I referenced his 7th Symphony in my Suffragettes score. Otherwise Brahms, Debussy, Stravinsky… I could really go on and on here so I’d better stop there! As for film composers, I love the old Max Steiner scores and I’m a big Morricone fan.

Regularly working on projects I truly care about, with the freedom from my collaborators to compose the music I can stand by, from both an artistic as well as narrative/filmic perspective. However, we live in a material world, so I’d probably have to add having the recording and production budgets to perfectly realise these creative visions!

Self belief is key, I think. We live in a world where it’s very easy to compare oneself to others and this can be damaging. Everyone is on their own path, if you have the determination to learn your craft to the best of your ability, and practice it as much as possible, then shout that to the rooftops and keep the faith.

I’d have to say my piano. When I first moved in to my current flat I didn’t have one (just a digital keyboard to work with) and I didn’t realise how bereft this left me until my parents finally told me how ridiculous they thought this was and pushed me into buying one! I’m so grateful for that. I’m no virtuoso, but playing the piano is one of my greatest pleasures and to me there’s no substitute for a real, acoustic piano.

Jessica Dannheisser is a British composer known for her work in film, VR games, television, theatre and contemporary music.

Jessica has received several PRS funding awards for her work in theatre which includes scores for an acclaimed reimagining of Shakespeare’s ‘The Tempest’ at London’s Barbican Centre, and ‘Rubbish’, Southbank Centre. Jessica ongoing art-music work includes Sound Portrait Project which explores the nature of self-image; musical portraits inspired by interviews with musicians for that same musician to perform.

Jessica’s other work in contemporary music includes string arrangements for rock band Kasabian on their last two hit albums, ’48:13′ and ‘Velociraptor!’, orchestrations for Bryan Ferry’s 2017 Hollywood Bowl concert with the Hollywood Bowl Orchestra, and arrangements for The Cinematic Orchestra for several live concerts. Her band The Bluebirds of London has performed widely, including at Glastonbury Festival. Jessica studied composition under Dr. Robert Saxton at Oxford University.
Website: http://www.jessicadannheisser.com