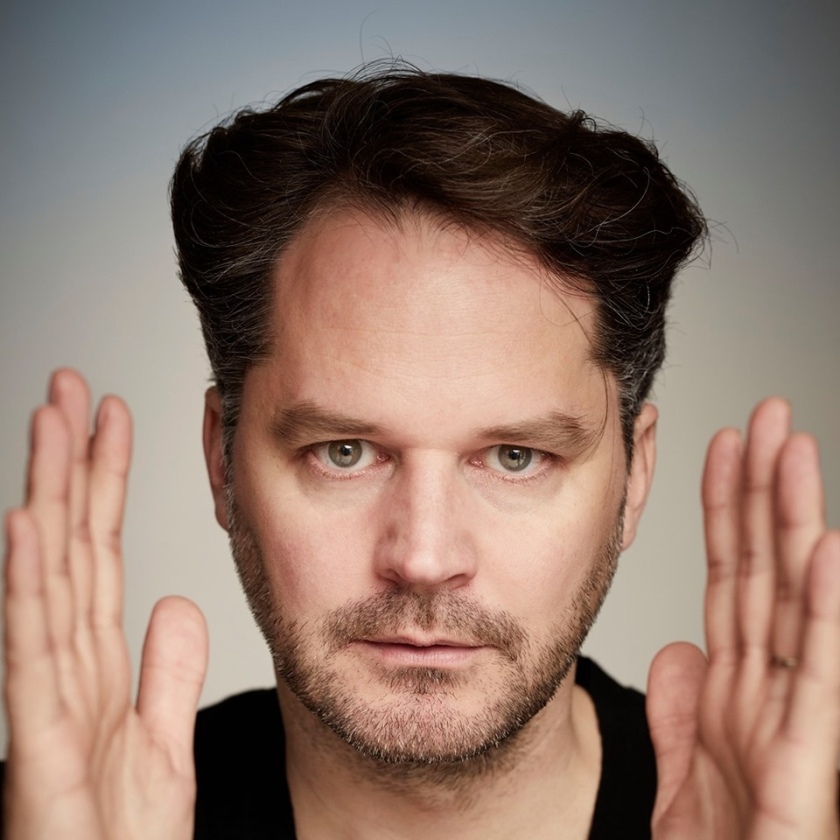 It was a combination of improvising and writing music: as a child, I had several instruments to investigate sounds before I learned to compose. I played piano, organ, guitar and trombone, as well as playing in my hometown’s youth orchestra and in several bands. Later I experimented with all kinds of electronic music, made little compositions with my own material like samples of glass. When I studied classical composition, I wanted to bring all of these influences together. In a way that is still my approach today.

Nowadays I try to avoid influences more and more, because it disturbs me and brings me away from my own ideas. I studied composition with Wolfgang Rihm and Hanspeter Kyburz, both wonderful composers, who always inspired me  to go on and to question what I wrote so far. That shaped my view on my own compositions a lot. I listened to bands like Sigur Ros, Nine Inch Nails, Depeche Mode, Radiohead, Kasabian but not so much to pure electronic music, techno etc. During my studies in Karlsruhe and Berlin, I had a little studio with Boris Bolles, who made most of my recordings since then. We have worked together for almost twenty years now and he influenced the sound design of both my studio albums Electric Fields and Lifestream.

It always seems to be the next piece: At the moment I am writing a huge concert for the modern ensemble based on artificial intelligence. I have a scholarship at the Experimentalstudio Freiburg (SWR) where I’m developing this music day and night. It won’t be out before 2021, maybe even later. It is an eerie moment when you listen to music that you actually did not compose and that sounds like you…

What are the pleasures and challenges of working with other musicians?

You can learn from others, especially instrumentalists who are familiar with your music already. I like to work with the same musicians again and again who have a really fantastic workflow with my trio. As for my trio; I work with David and Boris from the very beginning of production, to get an idea of the sound as early as possible. You often underestimate the complexity of what you write, so it’s always helpful to check the possibilities with others before you write the details into a score.

How would you describe your compositional/musical style?

This is hard to answer for me. I try to refer to every musical situation that interests me spontaneously, but that still is the retrospective part of the music in all its relations. On the other hand, I don’t like the idea of knowing exactly what you will do next. I want the music itself to give me that answer and to follow it. That is much easier if you don’t define a certain style or aesthetic position.

As a composer, how do you work?

I like to combine all methods I know: writing, improvising at the piano, algorithmic composition, AI etc. Then I go for a walk, just think about the whole piece. I just hear what it should sound like in my head. It’s like listening to a recording not by headphones but entirely by your imagination. There isn’t one rule: whatever I do should not be redoable – at least not that easily.

Tell us more about your album ‘Lifestream’….

It is a somehow retrospective and (hopefully) innovative album at the same time which combines things that don’t come together that often. It has very massive sounds, lots of artificial electronic moods on the one side and “classical“ instrumentation on the other side. Moments for choir or a duet for cello and piano and then all kinds of vintage synths. I wanted to create contrasts between the pieces and coherence inside of each composition at the same time. That already starts with the instrumentation.

The quality of your music and nothing else.

I would not give young composers an agenda. Let them decide what’s most important for them.