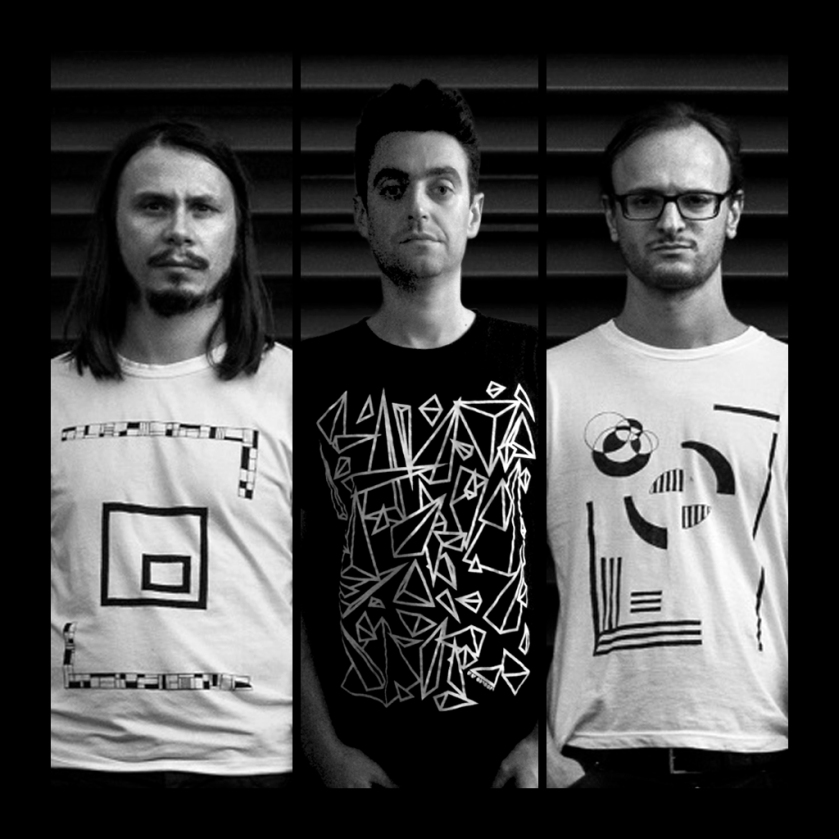 Who or what inspired you all to pursue a career in music and who or what have been the most important influences on your musical life and career?

Enrico Gabrielli: I was born in a little town in Tuscany in the late 70s. The countryside where I’m from is beautiful and quiet. In my childhood, the sound of nature was my first inspiration for thinking about music. But when I became a teenager, silence became something I was afraid of. I can’t explain why: maybe I saw it as a sign of the loneliness that was embedded in the boring lifestyle of this little town. My first instrument was the clarinet, which brought me to my classical music studies. In the 90s, I wanted to enrol at the Royal College of Music in London, but it was too expensive for me. So, after high school in Arezzo, I moved to Milan and furthered my music studies at the conservatoire, where I became a contemporary classical music nerd. In 1995, I met Salvatore Sciarrino at the Città di Castello’s Festival delle Nazioni: his idea of music’s relationship with Renaissance visual arts was the biggest “eureka” of my life. After that, I think I finally got to understand the art of silence.

Francesco Fusaro: My relationship with music has always been complicated. I think I just managed to get to a stage where making music is more of a joy than a painful experience of dealing with my own shortcomings. Getting to that child-like state of mind, where the process is a path patched together with eureka moments, and the destination is a place full of surprises, takes time. I was brought into music in 2002 with my passion for electronic music. The personal computer was the electric guitar of my generation, and it is still the tool that I feel most comfortable with. Any musical idiom can be explored with it, and now that 19’40” has placed classical and contemporary music at the centre of my vocabulary, I am looking forward to seeing how my past and present can merge into something new and unexpected.

What have been the greatest challenges of your careers so far?

Enrico Gabrielli: I think the most crucial challenge for a musician is the relationship between people and music: the crowd, the audience, the experts, the idiots… Personally, one of my “big final bosses” (to borrow from the video game vocabulary), is English. From 2015 to 2017, I was part of P.J. Harvey’s band for her The Six Hope Demolition Project Tour. The challenge for me was Polly’s Dorset accent because my grasp of English was very basic at the time. I was not able to explain my musical ideas during our rehearsals, and I was very frustrated about it. Language is almost like music: but music has less specific rules and is the easiest way to speak in the human world.

Sebastiano De Gennaro: Back in 2016, I had the pleasure of meeting with Terry Riley and his son Gyan for a performance of In C. The ensemble for the performance included the guitarist from art-rock band Blonde Redhead, two Kora and Balafon performers, and I was responsible for the marimba. After an entire day dedicated to the rehearsal of the piece in Milan, everything seemed to be ready. Yet, the very next day, just before walking on stage, Terry Riley decided to ditch In C for a freeform improvisation with all of us. It was definitely a challenge, but one that I will never forget. I would have loved to perform such an iconic piece like In C with Terry Riley himself, but we had more fun!

Sebastiano De Gennaro: 19’40” is a long-term project, so we are very proud of the overall releases done so far: twelve different recordings that we like to consider big movements of a unique work. That said, I probably have a bias toward my own recordings, particularly Il Picchio (dedicated to five contemporary compositions for percussion and electronics) and Discovering the Electronic Music of Chino Goia Sornisi, which are a homage to the music of Gioachino Rossini, as seen through the lens of an old synthesizers hoarder like myself.

Francesco Fusaro: I have fond memories of The Planets by Gustav Holst, our sixth release. We were invited by French artist Xavier Veilhan to the Venice Biennale 2017. He was the resident artist of the French Pavilion, where he had set up a beautiful recording studio, with a long list of musicians (including Brian Eno and Thurston Moore) performing and recording music in front of the Biennale audience. For two days, we went through a tour de force in order to record Enrico’s arrangement of The Planets. Thanks to the amazing direction of Marcello Corti, who has been conducting our in-house ensemble, Esecutori di Metallo su Carta, for the last three years, we got out of it alive!

Which particular works do you think you collectively perform best?

Francesco Fusaro: Non-traditional, multimedia works that involve a more performative, even theatrical approach to musicking, as Christopher Small would have it. Think of the New Discipline by Jennifer Walshe, Matthew Shlomowitz, James Saunders and others. Or the experiments in graphic notation of composers like John Cage, Cornelius Cardew, and more recent examples by Simon Belshaw.

Sebastiano De Gennaro: we draw inspiration from different disciplines and idioms outside of the canon of traditional classical music. They are reflected in our so-called “special releases”, which we deliver to our Allegro and Presto subscribers. They so far comprise a video that documents our Unità di Sonorizzazione performance (a critique of music-making in the age of neoliberalism), a one-page composition that also acts as a graphic design piece (W V.E.R.D.I, Quasi un epitaffio), a mini-CD with four short compositions created by using Google’s AI (E, F, S, T). We are already working on a graphic notation piece we wrote during our quarantine by using the Exquisite Corpse technique, a smartphone orchestra symphony, and two participatory-concert projects.

Enrico Gabrielli: I put the same passion in music composition as I do in writing novels, essays and drawing (watercolour painting is the technique I prefer the most). In 2018, I released my first sci-fi short novels collection, Le piscine terminali. After that experience, I opened a blog focussed on mostly anything but music. I take advantage of my downtime when on a train or at the post office, and write or draw down a few ideas. It’s better than smoking cigarettes.

How does 19’40” make repertoire choices?

Enrico Gabrielli: The centre of interest of 19’40” lies in the noted-music sabotage, transcription or performance. Sebastiano De Gennaro, Francesco Fusaro, and I have very different musical backgrounds. Basically, we have our hands deep in the classical and contemporary music studies, but everyone has or has had a “guilty pleasure” that shapes our individual visions about the future repertoire of 19’40”. For example, Sebastiano was a hardcore punk music fan in his teenage years and Francesco a techno and electronica expert. During my composition studies, I started playing psychedelic and progressive music with an Italian band called Mariposa. This “cocktail of minds” makes the repertoire choices of 19’40” unusual but not full-on crazy. Our catalogue is classical but in a different way: 19’40” sits between the rigour of science and the freedom of sci-fi.

Sebastiano De Gennaro: There are two clubs in the North of Italy where we organize our own music festivals, Santeria Social Club in Milan (where we recorded At The Gates Of The Twilight Zone and many other works) and Bloom of Mezzago (a really authentic punk club) in the hinterland of Milan. The latter is a historic venue in the outskirts of the capital of Lombardy, where international bands like Nirvana performed in the heydays of alternative rock. Both Santeria and Bloom, with their professional staff and devoted audiences, make us feel at home.

Francesco Fusaro: One “very simple” thing that still seems to ignored by governments all over the world: investing in music education at all levels of the tuition ladder. It’s much easier to convince a kid to embrace the joys of classical music than an adult. We need to create the audiences of the future now, by nurturing their music abilities. The other thing that must be done is working on inclusivity: there are many communities that don’t engage with classical music because they are underrepresented by it. We could tap into new audiences if we just wanted to finally program music for them. This would mean researching, studying, performing and recording a wealth of music that is sitting in front of us, mostly untouched—if we compare it with the current canon. I think it’s a thrilling prospect for composers, performers, programmers and audiences alike.

Francesco Fusaro: Soqquadro Italiano at the Ravenna Festival, a few years ago. They completely hijacked my sense of time, which is what happens with the best music, and the best performances. I look up to them for a modern but faithful rendition of the music (and cultural context) of ancient and contemporary Italian music.

Enrico Gabrielli: I remember very well the first time that I saw an orchestra playing Igor Stravinsky’s The Firebird at the Teatro Comunale in Florence. I was a teenager, and at first I didn’t like it. But the very memory of it was stuck in my mind forever. Somehow, it probably was some sort of trauma that is still digging in my soul to this day. Something so powerful that still needs to be dealt with after so many years.

As musicians, what is your definition of success?

Enrico Gabrielli: In Italian, “success” (“successo”) is the same word for “(just) happened”. In my mind, when something is successful, it’s only stuck in the past. The future is the empire of the unexpected and the best place to do something interesting. Success per se isn’t something particularly interesting: it is the same old story, repeated over and over again.

Sebastiano De Gennaro: I’m not so sure, but I think the highest level of success entails a ‘sonic mark’ left on this planet so that you can continue to live on in the distant future after you’re long gone.

Sebastiano De Gennaro: We have a fundamental idea at 19’40”: always keep in mind that, despite being an abstract material, music has a powerful social value, and—in some periods and contexts—also a political value. I think, for example, of the ritual of the concert where—although in the last four months we haven’t had any concerts in Italy—different people share their time and space, listening to the music and forming an opinion on what they are listening to. This type of collective action is irreplaceable. I think this is one of the most important ideas to impart to aspiring musicians.

Francesco Fusaro: One very humble tip from my side: if you happen to feel out of place sometimes, it probably means you have hit the right path, so keep on walking. The reward is at the end of the journey.

19’40” is a subscription-based recording series created by Sebastiano De Gennaro, Enrico Gabrielli and Francesco Fusaro, in collaboration with Tina Lamorgese.

A new album is released on a four-monthly basis. All works are linked together by the same well-read and anti-academic approach to written music we dubbed anticlassical music. Rather than a music label, 19’40” is a place of experimentation with cross-repertoires and (seriously) playful music interpretations.