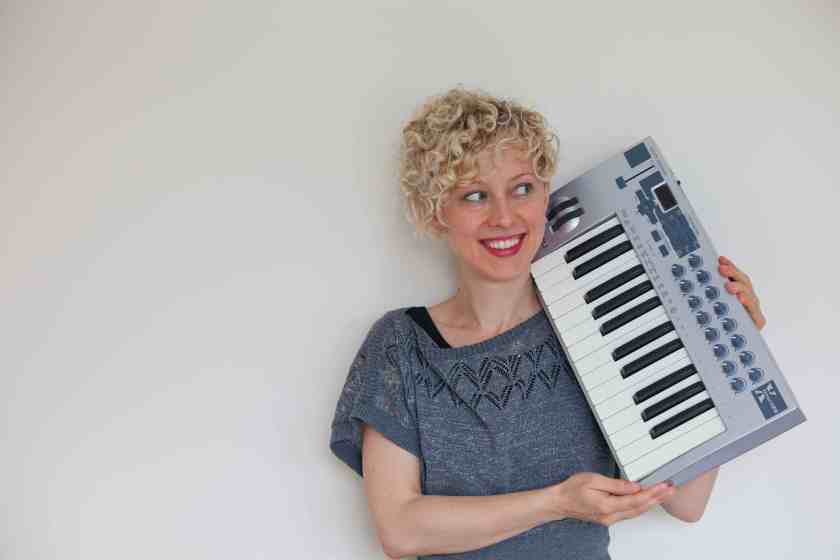 Who or what inspired you to take up the piano and pursue a career in music?

There was a piano in my grandmother’s place when I was growing up in Siberia and I would bash away on that. Also, my mother used to play violin when she was younger, so I was keen to play it too, but there weren’t places for violinists in the local music school. So, on their advice, I started with the piano, and it stuck.

I had a great teacher in New Zealand, where we moved when I was eleven. She was called Judith Clark and she really encouraged her students to investigate unusual repertoire. So while we were brought up on a diet of Bach, Beethoven, Chopin and Rachmaninov, we also played a lot of music by contemporary composers, including pieces written specially for us. Alongside that, we were introduced to neglected repertoire that deserved to be better known, for example works by women composers.

In addition to performing myself, I’m also director of performance at Nottingham University. So it can be difficult to balance things in terms of time, and try to lead a normal life. The pace of life today is so fast: with the development of technology, we’re expected to be available all the time, and to answer things quickly. Plus I’m naturally a workaholic and it’s easy to get into the cycle of doing rather than being, simply in order to keep busy. So it’s good to fight against that.

Stockhausen’s Mantra, a piece for two pianists, which I recorded with Pascal Meyer a long time ago. It was so challenging on so many levels. First of all, you need all this extra stuff: special electronic equipment and percussion, because each of the two pianists also plays percussion instruments. It’s also non-stop and about seventy minutes long. But it’s a wonderful piece. The structure is almost classical. All the material stems from one formula that you hear at the beginning and at the end, a bit like the Goldberg Variations. And the piano playing is distorted to sound like an electric guitar or gamelan. The whole sound world is really unusual and beautiful.

I love such a great range of music, from Bach to Debussy, Ravel and Messiaen, to newer music, and I‘d like to think I do everything to the best of my ability. It’s good to be open-minded about repertoire: there might be a piece you feel an aversion to at first, or sometimes you’re committed to performing a new piece when you don’t yet know what it will sound like. But often these pieces grow on you and I think it’s healthy to take on things that are difficult or unusual.

In my field, musicians don’t really pick repertoire for a season which they then play over and over again. These things don’t work the way they used to when, Andras Schiff, say, would choose a programme and then tour it all over the world. If there’s a particular programme I want to work on I will propose it to venues or festivals. But often my projects come up with very little notice, so I really have to be on my toes and to learn things quickly.

I’ve played in all sorts of great spaces: in caves, in a beautiful Brazilian rainforest. I really like smaller venues, like Cafe Oto in London, where I can have a more intimate connection with the audience and chat. Equally, I’ve played in fantastic huge venues such as Nottingham’s Royal Concert Hall, and that gives me a real buzz. One of my most memorable venues was a half ruined church in the south of France. The whole back wall was missing, the audience was half inside and half outside, and there were birds flying in and out.

I’ve had my piano heroes: Murray Perahia, Andras Schiff, Mitsuko Uchida, and Pierre Laurent Aimard for contemporary repertoire. But it’s a hard question to answer; I listen to many different kinds of music part from classical. So where do I start?

Two come to mind. The first was a show in an underground fortress, in Wellington, New Zealand, which was used for storing ammo in World War Two. That time I played a piano frame.

The second was a performance in a natural cave system in Ontario, Canada, about ten years ago, with multiple toy pianos and percussion. It was very cold in there. We had to be all wrapped up and and there were bats hibernating, just hanging upside down. They were really cute, tiny and furry and you just wanted to go up and stroke them.

Versatility. I think musicians graduating today are in a very different situation from those graduating twenty years ago. Nowadays you have to be able to try different things and be open minded. For example, if I have the opportunity to play in a quirky venue like a cave that doesn’t have a piano, what am I going to do? I could say, ‘no, this isn’t for me,’ or I could be creative and maybe bring a toy piano or find a way to play a piano that isn’t in the best shape. For me personally, being flexible has really helped in terms of getting things to happen for me.

It doesn’t work like a normal piano at all. It’s more a glockenspiel kind of sound. There are no strings, just metal rods, so the resonance is completely different from a normal piano and it’s very limited. You can’t repeat a note very fast and you can’t do dynamics very easily. It’s much more primitive than a harpsichord and some toy pianos are super crappy. That’s frustrating but also fun. if I can work hard and still make music and be expressive with something that is just a toy, it makes it so much easier when I transfer that experience to a real piano.

Maybe in my own wonderful studio, with a grand piano, surrounded by nature. My partner and I keep saying that we want to retire and live by the sea. He is from northern Ireland, and I grew up close to the coast in New Zealand. So we both have this connection to the sea.

Having space and time to do the creative work that I really love, and to allow some breathing room. Just before we spoke I took an hour to sit and reflect, and I try to meditate every day, which helps a lot with stage fright. It makes you aware of what’s going on in the body, to observe it and make peace with it. Often when you just let the feeling be, it settles down by itself.

Following childhood music education in Russia, Xenia’s studies took place with Judith Clark (Victoria University of Wellington, New Zealand), Philip Mead and Ian Pace (London), Hakon Austbo (Amsterdam), Yvonne Loriod-Messiaen (Avignon and Paris), Louise Bessette (Montreal) and Sara Laimon at McGill University, where she was awarded a Doctor of Music degree. From 2011-2015 she was the Head of Performance at Bangor University, where she founded and directed the highly successful INTER/actions Festival and Symposium for interactive electronic music. Currently, she is the Director of Performance at the University of Nottingham, and continues to mentor emerging musicians in workshops at conservatories and universities around the UK, Europe, Canada, New Zealand, USA and Brazil.

Described as “outstanding” (Tempo), “stunning” (Wales Arts Review), “ravishing” (Pizzicato) and “remarkably sensuous” (New Zealand Herald), pianist Xenia Pestova’s performances and recordings have earned her a reputation as a leading interpreter of uncompromising repertoire of her generation. Pestova’s commitment and dedication to promoting music by living composers led her to commission dozens of new works and collaborate with major innovators in contemporary music. Her widely acclaimed recordings of core piano duo works of the Twentieth Century by John Cage and Karlheinz Stockhausen are available on four CDs for Naxos Records. Her evocative solo debut of premiere recordings for the Innova label titled “Shadow Piano” was described as a “terrific album of dark, probing music” by the Chicago Reader. Currently, she is the Director of Performance at the University of Nottingham, and continues to mentor emerging musicians in workshops at conservatories and universities around the UK, Europe, Canada, New Zealand, USA and Brazil.

Interview by Hannah Nepil, editor of The Cusp, a magazine focusing on the intersection between art forms. To read more about alternative artists like Xenia, visit www.thecuspmagazine.com