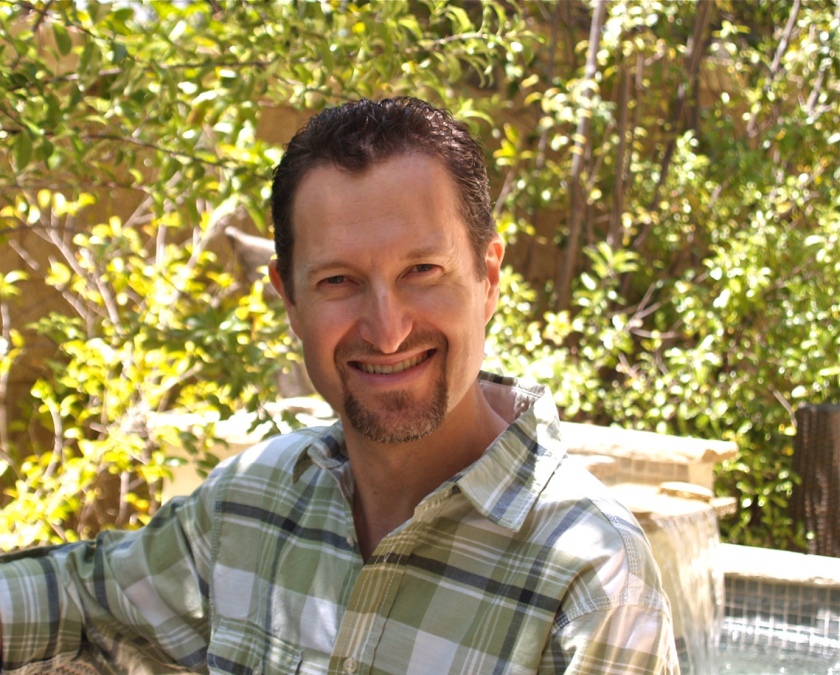 Who or what are the most significant influences on your musical life and career as a
composer?

I grew up around a huge variety of music in our home. Everybody in my family seemed to
gravitate to something different, but because we only had one Hi-Fi system, we were all subject to share in that variety. So it went from The Beatles to Elvis Presley to ELO, to Andy Williams to Gary Numan to Bob Marley. I feel that it definitely made me “music flexible”.

Without a doubt, though, Beethoven has consistently been the cornerstone for me, as well as all
styles of jazz – in particular, the Big Bands, Maynard Ferguson, Miles Davis and Frank Sinatra.

Composing brings me very much in touch with my inner self and I get to see how I view myself, so working through that is always interesting.

After I finished at Berklee College of Music in Boston, I went to Los Angeles and became very disillusioned. It seemed like I was around more materially-driven musicians and the beauty of
music started to get covered and my passion diminished. At that point, I decided to instead focus
on being an Alexander Technique teacher and it was, thanks to my wife Kirsten and her
encouragement in telling me that I had something to offer, that I ventured back into music.

What are the special challenges/pleasures of working on a commissioned piece?

After the initial panic subsides, I really enjoy discovering how the creative process wants to
reveal itself. Each piece is different and I love learning where it takes me, both inside and out.
Deadlines are always interesting. My orchestration deadlines seem to get shorter and shorter
lately and so then it becomes an exercise in pacing and anxiety control – all the while producing
on-demand at a moment’s notice. Where with composing I can ruminate a little more, with
orchestrating I have to deliver quickly and there are often situations where I have to come up with ideas/lines within 30 seconds and get them down – knowing that they are going to be recorded by a full orchestral within a few hours. Now that is fun!

What are the special challenges/pleasures of working with particular musicians, singers,
ensembles or orchestras?

I love the process of working with other musicians and artists because of, not only exploring the
vibrancy of music, but also the different energy that everyone brings. With jazz pieces, I will tend
to open it up a bit more and not dictate as much because I really want to allow the personality of
the person to show up. Classical is obviously more constrained.

I will say that I do not tolerate well somebody coming in who has a narcissistic drive and just wants to put his stamp on the proceedings or somebody that disrespects me or my fellow musicians. In fact, I have pulled pieces and refused jobs where that has happened. For me, that is unacceptable and I’d rather be at home and play with my dogs.

As soon as I finish a composition, I am on to the next so it is very hard for me to hold on to one in
particular. I also find that I am invested in each exactly the same, whether it is a large work or an 8-bar piece for my daughter’s piano studio. I have to feel equally good about all of them.

I do find that if, perhaps, I listen to one of my compositions a few years on, I might think “Oh that
came out quite well”, but that is all and then I move on.

I would characterise it as eclectic, and I think it continually shifts. I do not pertain to one particular style, I just do what I like at that moment and if somebody else happens to like it, then that is a bonus.

My composing method varies piece by piece and the challenge is staying open and not judging
how it wants to present itself. I prefer to use pencil and paper, as that feels more organic.
Sometimes I use the piano, but most of the time I do not, and if I am on a tight deadline I will go
straight into the computer. In that instance, I will tend to have made a light, rough sketch of it on
manuscript beforehand.

I find it important to allow the creative flow to happen first, whatever that may look like, and then
edit it later. If I am orchestrating, then I will go straight into Sibelius or Finale [score-writing programs].

If I feel that I have accomplished what I set out to do, that is success for me. I do not need it to be
performed outside of my studio and accepted by an audience. I have pieces that, when I reach a
point that I like them, they go back into my drawer and nobody hears them. That just happened
with a few that were selected by the Royal Conservatory of Music. One of them was a small piece
I wrote in 1991 and is now having its “World Premiere” in 2022.

What advice would you give to young/aspiring composers?

Perseverance and tenacity. There is a lot of rejection in this business and the only way to make it
through, is to get back up on the horse and try again. Also stay open, keep learning, and most
importantly, remember that music – both how you play or compose – does not define your self-worth.

What do you feel needs to be done to grow classical music’s audiences?

Unfortunately, there is such an elitism attached to classical music, not only from the class structure, but intellectually as well. That needs to be broken down.

My background is jazz. I was a lead trumpet player in Big Bands growing up and my music
training mostly came from jazz colleges, where we also studied classical harmony and history, yet I always felt looked down upon by the classical establishment. Doors closed really fast as soon as
they found out that I was more jazz-focused.

In my experience, having lived in America for many years, I feel the US has done a better job in
transcending that stigma in both their players and their audiences than what I experienced growing up in the UK.

The interesting thing is that if you play classical music to children they absolutely love it! They act
it out, pretend they are the conductor, have fantasy images in their heads. So where does it go
awry? The overwhelming success of the “Hooked on Classics” series (created by an alumni from
my jazz college in Leeds) showed that the “common person” loves classical music. Orchestral film
scores, of which there are many, and are still being produced today – such as the Star Wars series
and James Bond films – show, once again, that most people love or are moved by classical music.
Look at “Last Night of the Proms”. The problem, then, is clearly not with the music form itself, but
how it is packaged and delivered.

I really feel that from an early age, there needs to be more education in schools capitalizing on this natural love of the art form. Enthusiastic teachers could teach children or teens how to appreciate classical music, what to listen for, and how to connect with it. Hearing, seeing and playing instruments all help the engagement process. Naturally, this requires more money to be put into school music programs but I think the benefit would be huge for all of us.

Furthermore, I think that there is tremendous value in relaying the backstories behind compositions – what inspired the composer, and is the piece symbolizing anything? Having this knowledge more readily available would pique the interest of a prospective concert-goer much more than just a title of ‘Symphony No. 4’.

Pops concerts also really help bring in audiences of all ages including non-musicians. In the US
there is a trend, especially during summers, to have pop singers or rock groups perform backed by a symphony orchestra, which makes classical music and its instrumentation more relatable.
Similarly, having feature films shown while accompanied by a live orchestra has been a huge
success and the same is true of orchestral concerts for video game scores. Such hybrid exposure
makes taking in a “serious” classical concert more appealing to a broader population.

What’s the one thing in the music industry we’re not talking about but you think we should be?

Unfortunately, I have seen countless times that the ‘business’ of music is put first over the creativity of music. We have many executives at the top of the industry who do not even know how to play a middle C on a piano, let alone read a sheet of music, and they are shaping what music looks like in mainstream media. They are controlling what they think the public should be listening to. For me, that is like having an executive watch over a top heart surgeon and tell him what artery to cut. I see this all the time in Los Angeles and wish that creativity was celebrated and focused on first over the bottom line.

What do you enjoy doing most?

Spending time with my family and pups, having new adventures exploring, and being out in nature.

Although I continue to be actively working in the entertainment industry and am currently
orchestrating on a television series in the US, I am actually very excited at the moment as I have
had several pieces selected by the Royal Conservatory of Music for their Celebration Series, which is very similar in structure and musical training to the ABRSM exams. In my collaboration with the RCM, I have seen that they work hard to integrate all genres of music in order to help nurture and cultivate a well-rounded, multi-dimensional musician.

To join the livestream, please RSVP via this link

Gary K Thomas has been working as a Composer/Orchestrator/Arranger in Los Angeles for over 25 years. During that time, he has worked in many different capacities and on a wide variety of projects for both stage and screen, including some of the most successful films in history, such as “Avatar” and “The Bourne Ultimatum”.

Coming from an eclectic musical background, Gary always seeks to bring this versatility to his compositions and arrangements and is at home with a variety of styles.