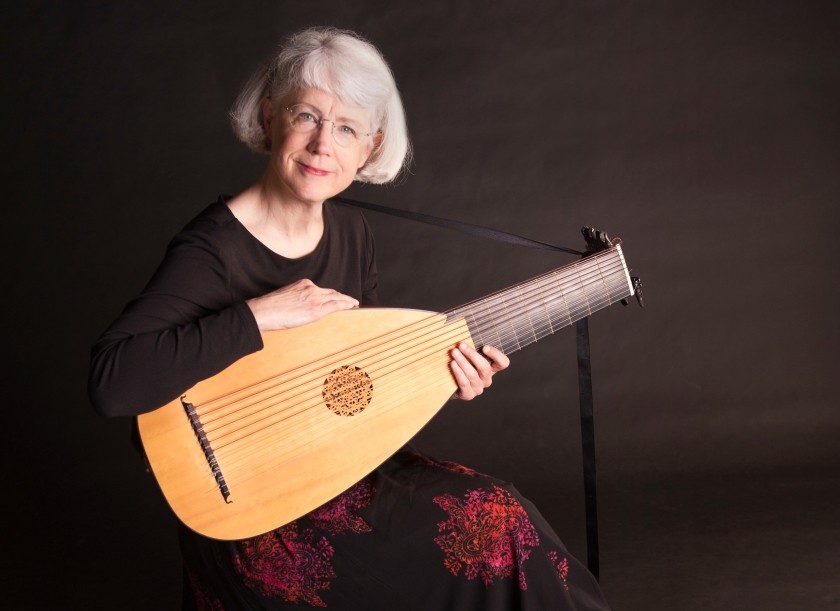 I actually never set out to pursue a career in music. As a middle school-aged kid, music of the Middle Ages, Renaissance and Baroque periods was what I heard around the house, the “sound-track” of my childhood, so to speak. Lessons on viola da gamba quickly became lessons on lute (starting with a guitar capo-ed on the 3rd fret, tuning changed). There was no intention to “pursue a career”; I was just learning. And I kept “just learning” until I was accomplished enough to begin to have performance experiences. This has kept up until today. At points along the way I asked myself if I should maybe take up something a little more lucrative, but by then it was too late. I was in this career and could not imagine doing anything else. The music kept pulling at me. My first teacher, Martha Blackman, set me up well for this, so she was definitely a major influence. Julian Bream was another, just from his exciting performances of Elizabethan Consort music. And John Hsu for his insights into French baroque music.

The greatest challenge is always to find enough work to keep a roof over one’s head, right? But beyond that it would be to find people to play with, better said, to explore the repertoire with, people with enough musical compatibility that one doesn’t have to explain everything, but who supply the impetus to stretch as a musician and performer.

For recordings, Marais at Midnight, with Laura Jeppesen, and also my solo recording La belle voilée: 17th Century French Lute Music by Jacques Gallot and others. Both came about after a long time of just playing the music, both of them labours of love.

I feel I have a special affinity for 17th-century French lute music. I feel at home there. Yes, I have explored other corners of the lute repertoire, and there are many, but I always come back to this period.

The music I most love to play doesn’t belong in what we know as a “concert venue” at all. A lovely quote from the mid-17th century says that the lute “is fit for an audience of not more than three, for the noise of a mouse is a hindrance to it.” The absolute best venue I ever played in was the living room of an historical house in Newtown, Connecticut. That room and my lute played so well together I did not want to stop. I’ve imagined excising that room from that house and putting wheels under it, getting a vehicle that can pull it, and driving around the country, stopping anywhere, inviting a dozen people in and playing for them. “Next dozen, please!”

What do you feel needs to be done to grow classical music audiences?

Rare is the family like mine. So we cannot expect my story to replicate. We need to bring the music to the audience, which is more than just figuring out ways to get the people to come where the music is, inviting people into the usual performance spaces. Organizations who perform in shelters do this. And we need much more music in state schools and in after-school programmes. Music is much more than superfluous enrichment only for the wealthy.

One would have to be performing Händel’s Triumph of Time and Truth with Musicians from Aston Magna in the Palazzo Doria Pamphilj in Rome. Not only were the surroundings breathtaking, but (we were told) the last time that piece was performed there was when Händel performed it, accompanying from the organ, and Corelli played violin! And a descendant of Pamphilj family attended. Add that to the music and the treasured colleagues I was with, hard to beat that for an experience!

Being true to your art. Finding people to play with of sufficient enough musical compatibility that you cause each other to stretch.

All the technique in the world cannot make up for a lack of musical understanding. Do not settle for playing the piece the way your teacher said to, for your teacher will always be able to do that better than you. Always ask yourself what the music is trying to convey, for the purpose of music is, like oratory, to persuade, to move. And one cannot move an audience if one has not been moved oneself.

While most of her peers were dancing to the music of the Beatles, Catherine Liddell as a high school student was enthralled with the performances and recordings of lutenist Julian Bream. It was this excitement which caused her, in tenth grade, to give up the viola da gamba which she’d been playing since eighth grade and take up the lute. Throughout high school and college, Ms. Liddell’s teachers included America’s best-known players: Martha Blackman, James Tyler, Joseph Iadone and Suzanne Bloch. During this period several professional opportunities came her way including recordings for Nonesuch, Experiences Anonymes and Lyrichord, the latter two with the ensemble Cappella Cordina directed by Alejandro Planchart.