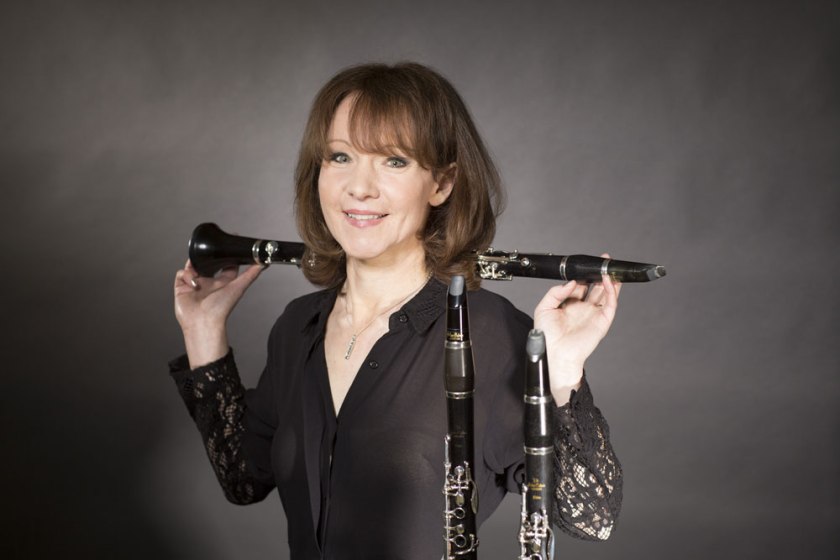 Who or what inspired you to take up the clarinet and pursue a career in music?

My primary school offered me the chance to learn the clarinet when I was nine and I loved it from the word go.

Living in the UK has been important. There are so many countries in the world where you would not be able to pursue music because of economic circumstances or because of being female.

Sometimes it has been a challenge to persuade promoters that the clarinet is an exciting solo instrument because they tend only to think of having piano or violin soloists.

I am very glad I managed to release “English Fantasy” last year, a recording of great pieces written for me by Will Todd, Patrick Hawes, Paul Reade and John Dankworth.

I love a range of styles from Mozart to English, French, American and jazz

It is partly down to what promoters ask for and partly new repertoire that fascinates me. I like to keep exploring.

I don’t have a favourite venue but I particularly like the more generous acoustics you find in churches and cathedrals. I love playing in the Three Choirs Festival for example.

Favourite pieces to perform? Listen to?

I have been listening to great jazz clarinettists, Benny Goodman and Artie Shaw recently because I have been performing and recording in their style with my jazz trio programme, Clarinet Goes to Town. The inventiveness of these players is an inspiration.

Glenn Gould in Bach and Dietrich Fischer–Dieskau in Schubert.

It was inspiring to play the Mozart Concerto with Yehudi Menuhin conducting in London many years ago. He really understood the spiritual dimension of music.

They need to be versatile and adept at many styles. They also need to be dedicated to music- it’s not a 9am-5pm job!

I am feeling relaxed after a successful performance of Will Todd’s jazzy Concerto for Emma live for BBC Radio 3. The performance took so much concentration that at the end I couldn’t remember which way to get off the stage! Luckily the conductor was at hand to show me.

Emma Johnson is one of the few clarinettists to have established a busy career as a solo performer which has taken her to major European, American and Asian venues as well as to Africa and Australasia.

She is one of the UK’s biggest selling classical artists, having sold over half a million albums worldwide. Her recent recording of sonatas by Brahms and Mendelssohn with John Lenehan was described as “definitive…triumphant…a landmark disc” in The Observer and follows on from her classical chart-topping successes: Voyage and The Mozart Album on the Universal label. Her much admired recording of the Finzi Concerto was nominated for a Gramophone Award and Pastoral was chosen as CD of the Year by BBC Music Magazine.