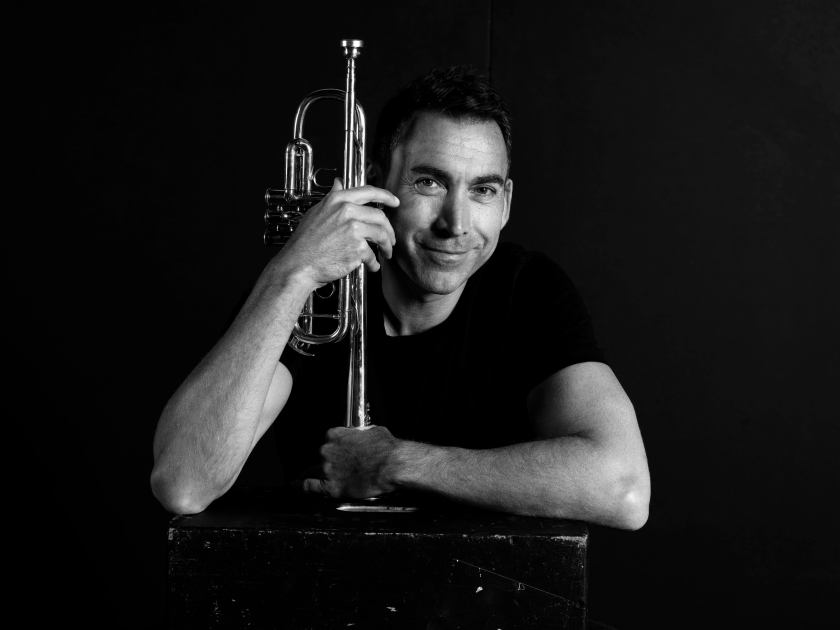 Who or what inspired you to take up the trumpet and pursue a career in music?

The first time I heard a recording of Wynton Marsalis playing the Haydn and Hummel concertos, I knew I wanted to work hard to pursue my life in music

In 2001 I experienced a sensation in my lips where they seized up and I couldn’t produce notes without strain. After a significant hiatus from Montreal Symphony Orchestra, I had to relearn how to play and to rebuild my confidence.

All of my solo recordings hold a special place in my life.  ‘A Simple Song’ – this was my first solo CD.  I recorded many transcription of pieces and composers that I love – Rachmaninov, Bizet, Ravel,Shostakovich, Debussy, Schumann.  Also ‘Baroque Transcriptions’ – this project came 9 months after my lip problems, thanks to the Analekta record label who believed in me.  I considered at the time that it could be my last recording as a trumpet player, but it wound up building my confidence in my playing. It was nominated for best classical album of the year at the ADISQ AWARDS.  ‘French Trumpet Concertos’ was a dream project with my colleagues.  I became the first musician in Canada to successfully launch a Kickstarter campaign (which funded the album) and we were nominated for best classical album (soloist and large ensemble ) for the JUNO awards.  Finally, my most recent release, ‘The Enlightened Trumpet’.  Since I was a child, hearing Wynton Marsalis, Maurice André  and Timofei Dokshizer play Haydn and Hummel concertos, I always dreamt of someday recording these prominent works for trumpet.

I love playing romantic composers like Shostakovich, Mahler, Richard Strauss.  I equally love Baroque and classical repertoire for trumpet, such as Telemann, Haydn and Hummel.

I start with choosing repertoire that I truly love to play and hope that record companies and solo project presenters agree!

I had the great opportunity to play under Leonard Bernstein.  I’m also a huge fan of Gustav Mahler.  Recording and performing with Martha Argerich was a special favourite.

Playing Copland third symphony with Leonard Bernstein at Tanglewood shortly before he passed away.

I believe that if you are truly content with where you are as a player and where you are in your career, you have achieved great success

Play from a place of love towards your music and work HARD!

After 25 years as first trumpet with the Montreal Symphony Orchestra, I’m dedicating this second phase of my career to expanding the voice for trumpet to be a massively diverse and expressive instrument.

Virtuoso American trumpeter, Paul Merkelo, currently celebrating his 25th season as solo trumpet with the Montreal Symphony Orchestra, makes his UK debut on 14th November at the Sheldonian Theatre, Oxford, with the Oxford Philharmonic. His recording ‘The Enlightened Trumpet’ was released in September 2019 and he plans a further disc on SONY Classics featuring concertos by Weinberg, Aritiunian and a new arrange of the Shostakovich Trumpet Concerto Op 35, No. 1 for trumpet, piano and string orchestra.