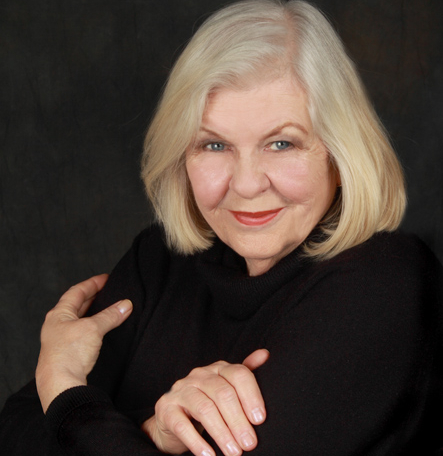 My father from the time I was four years old made me believe that I was a musician. There was never any question in his mind, nor in mine. At that young age he started the whole thing by giving me four music lessons per week; two accordion and two piano, with sometimes a college student on the off day to make sure I was practicing correctly.

The greatest challenge of my career was that I wanted not only to be a musician, but to live all of life. I wanted to have a family and experience the other joys of living. In that sense, I was my own greatest challenge. In the end it all worked out quite well. I was able to do both.

My recordings of the Rachmaninoff 2nd Concerto and the Rachmaninoff Rhapsody on a Theme of Paganini give me great satisfaction because I recorded them recently, as an octogenarian. It is gratifying to know that I am still strong enough for these vigorous works and when I finally understand them so much better than when I was younger. Several years ago I made two fine recordings of Gershwin works, published by Etcetera.

At the moment I would say the two Rachmaninoff Concertos I just mentioned. I have an affinity for French music too. My Juilliard piano professor Beveridge Webster was trained at the Conservatoire de Paris and I studied there after graduating from Juilliard. My Gaspard de la Nuit of Ravel is on YouTube.

What do you do offstage that provides inspiration onstage?

The more hours I practice before a concert, the more confident and inspired I become. Nothing else will do it.

Creating a good programme is an art in itself and styles keep changing. I had a conversation with Ruth Slenczynska on this subject a few years ago. She was getting ready for a late in life tour of California, and was working up some short Prokofiev pieces which she said would make her programme more up to date. “We mustn’t be old fashioned,” she said. Although Prokofiev is not considered old fashioned yet, we are more and more aware of such people as Philip Glass and John Adams. A balance between the old and the new satisfies most audiences. In a New York’s Merkin Hall recital I premiered works by Louise Talma, Robert Starer and Richard Rodney Bennett in the first half of my programme with Stravinsky, Ravel and Rachmaninoff in the second half. Louise, Robert and Richard were my friends.

Small audiences are more comfortable for recitals where it is easier to explain the works I’m playing, but I find performing concertos with orchestras for large audiences the most exhilarating.

Education of children. If they can ever hear the most beautiful music there is, they will become interested. One of the reasons they like popular music so much is because they hear it all the time (popular and folk music is another subject altogether and is extremely important). Once I gave a short recital for my grandson’s elementary school. I was to play twenty-five minutes for the first through sixth graders. My daughter, who had gotten a grandparent’s grant from Walmart for this said “most of these children have never heard a classical pianist so sock it to ‘em mom.” I stayed awake at night trying to devise a plan to keep the first graders and sixth graders interested at the same time. I had made friends with Fred Rogers of TV fame. I thought if anyone would know how, he would, so I called him one evening and not only had a lovely conversation with him but told him of my worries. He said, ”if you do it well Dorothy, they will all love it.” If you do it well. Oh my, how I worked! One of the pieces I played was Manuel de Falla’s Ritual Fire Dance. I told the children the story of the ballet first, so they could imagine gypsies dancing around the fire. They asked many questions when I finished, and I saw I had made them think. They must hear great music to fall in love with it.

I don’t have just one. I played the Rachmaninoff 2nd Concerto in Rio de Janeiro with the president of Brazil in the audience. I played the Rachmaninoff Rhapsody on a Theme of Paganini plus Gershwin’s Rhapsody in Blue with an orchestra, the focal point of an arts festival, in Kunming, Yunnan, China. I played a recital in the concert hall built in the garden of Beethoven’s home in Bonn. I played the Beethoven Concerto no. 3 with the Orchestre de la Cité Internationale Universitaire de Paris while still a student. It was a memorable event to place in the Geneva International Piano Competition. It was very exciting to play the Mendelssohn G Minor Concerto with the North Carolina Symphony when I was fourteen, and for the Congressional Club last year in Washington, DC.

Young people often ask me how I think they can earn a living with music. It is necessary for a person to begin musical studies at a very young age and to grow up with it in order to excel, but all of a sudden they’re graduating from high school-or college-and thinking “what do I do now? I’ve got to eat too.” Perhaps the most important ideas for aspiring students are to be found at the intersection between music and technology and new media. Everywhere we turn, music is there to enhance our experiences. For example we see the “Mozart effect” of playing the Austrian composer’s (or other’s) works for children in the cradle. Children’s television shows use classical music in the background. Music enhances movies and videos, enlivens video games, sets the tone for ceremonies. There are more places for musicians than ever. And there will always be a need for the fine classical artist to provide us with the excitement and emotional gratification of a beautiful concert, onstage or online.

American pianist Dorothy Lewis-Griffith has received wide acclaim for her great technique, poetic interpretations and powerful performance.  With a repertoire that ranges from Baroque to contemporary works, Dorothy Lewis-Griffith brings exciting new insights to well-known pieces as well as showcasing some of the most exciting new, contemporary works.

Follow MEET THE ARTIST on WordPress.com
Join 9,763 other followers