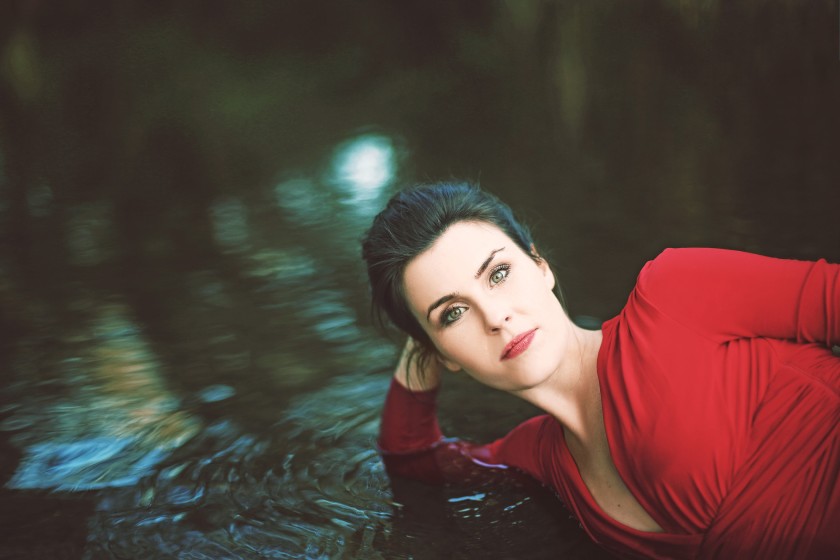 When I was 6 I went to see a production of Le nozze di Figaro and fell in love with opera. Around the same time my parents got their first CD player and we had a CD of Mozart’s best arias with Lucia Popp, I adored it and listened to it a lot. Mozart was definitely the inspiration at the start. I was lucky to spend two years on the Jette Parker Young Artists Programme at the Royal Opera House at the beginning of my career. It taught me so much about surrounding yourself and absorbing great artistry as well as recognising that hard work is essential to work at the top of your game. Sir Antonio Pappano was an incredible figure to learn from.

Definitely my first opera back after the series of lockdowns in 2020/21. I was on maternity leave during the first bit of the pandemic so it was 14 months before I stepped into a opera rehearsal room which was bizarre. I was also making a role debut in my first sorceress role of Melissa in Handel’s Amadigi for Garsington Opera. I have sung many Handel roles and spent a lot of time learning recitative but this was the biggest challenge. All of my usual support was gone as I couldn’t have any coaching to prepare the role, I learnt most of it whilst walking a baby in a sling as childcare was also a huge issue at the time because we were locked down in the UK. The excitement of being back in the rehearsal room was overwhelming as we were also to do the whole opera socially distanced. I had no idea how much I used the space with my fellow actors on stage to create my role. In this production I never came close to anyone, had no props and was not allowed to socialise with my colleagues in case any of us became close contacts. It was a steep learning curve but I believe the challenge brought out the most wonderful character. I was playing a narcissist with a personality disorder, I went from elegant mistress to raw unfiltered witch. I will never forget this journey. I was very excited to sing this role again in concert in Barcelona and Madrid at the beginning of March.

I have to say I find it really hard to look at my work retrospectively. One of my all-time favourite roles is Handel’s Cleopatra and I have only sung it in concert, but when I did I felt complete in the role vocally and physically. It was with Early Opera Company and Christian Curnyn and we had a blast, and now I’d like to sing it in a production.

I have always been drawn to immediate intimate drama, I love nothing more then an intense scene between a few people which brings out the real soul and drama of people. Luckily for me I have mostly played roles that allow this type of direct drama. Handel has allowed me that with Cleopatra, Semele, Rodelinda, Melissa, amongst others. Over the next few years I am getting a chance to mix it up and add more bel canto to my repertoire – the timing is perfect as my voice grows in strength and maturity. I will be getting my teeth deep into Elisbetta in Maria Stuarda soon and others next year.

Meet people and observe people; I love people and seeing what makes them tick, understanding their personalities, this is brilliant when you’re looking at different characters as you have a huge source of reference material. I always try and use my own personal experiences to inform my characters’ extreme emotions. Alongside this, I like keeping fit and healthy so I can be my best self on stage.

This is very much dependent on what productions are being produced; I choose my repertoire carefully so I can commit wholeheartedly to every production and grow as an artist with each role. I am also careful about how I balance different styles of repertoire so my voice is at its best. This season is my first season with Donizetti for 9 years as I have spent a lot of time singing Handel, other baroque repertoire and Mozart so I am looking forward to balancing these things out and embarking on a new adventure for my voice.

Not really – I have places I don’t like but there are so many wonderful stages around the world that I feel spoiled. Covent Garden, Teatro Real and Zurich are probably my favourites. I am really passionate about trying to grow our audience in particular in my home country of Ireland so I would love to see a purpose build opera theatre in Ireland some day, as the only Irish theatre where I feel the acoustic is warm and enhancing for a singer is The Market Place Theatre in Armagh. Unfortunately it is too small for many productions, so we need a better space to promote opera in Ireland.

What do you feel needs to be done to grow classical music audiences?

This is difficult as there are so many different mediums to offer people nowadays to enhance their experiences but I believe the only real way is to get people into theatres to hear a live singer portray a character and sing over an orchestra; in the right opera, nothing beats this experience – it is so visceral. The message I try to give is that it is worth trying lots of different operas before you make your decision, it is just like going to the cinema, if you don’t like one film you are not going to stop going to the cinema, it is the same with opera. It is really important to help people find the genre of opera the suits their tastes.

There are two concerts that stand out in my mind, the first is Handel’s Alcina at Carnegie Hall, although I was only singing the small role of Oberto, I was sharing the stage with Joyce DiDonato, Alice Coote and Christine Rice, a mezzo medley, along with the wonderful English Concert and Harry Bicket conducting. We had toured around Europe and finished at Carnegie Hall in New York. It was a bucket list moment. The second was around the same time singing Semele in concert with Laurence Cummings conducting. It was my first go at a Handelian title role and it was wonderful. Laurence has been a support, mentor and friend to me throughout my career and he entrusted me with the perfect role exactly when I was ready. Semele is one of those roles that feels written completely for my voice.

To be working consistently in the repertoire you want at the level you want and bringing joy to audiences and colleagues along the way.

Be true to your artistic self. Find a good mentor and teacher that believes in you.

This project changed its boundaries so many times due to the pandemic; I was never sure if it was going to happen. When we were forced off stage by the lockdown, INO had to look elsewhere and recording became the new project. This was a monumental feat in the climate of winter lockdown 2021 and up until the day before I left home I didn’t know if I would get there as hotel quarantine was coming into play. To be allowed into a theatre with all of those people was amazing. The whole project was challenging due to the restrictions but with that brought the pure joy and happiness that getting to sing and perform is all about. Our conductor, Sergio Alapont, was a miracle worker as the distance between everyone was insane – particularly the children’s chorus who were up in the first parterre. I will never forget this recording and live broadcast because every single person involved was delighted to be making music and sharing the experience together, it was so very special and I really hope people will hear that in the recording. It was a truly unique experience.

I would like to have really learnt to live each day as if it is your last. If there is anything the pandemic has taught me it is to seize the day and enjoy every meeting, performance and encounter along the way.

I think if I seek perfect happiness it will never exist. There are moments in life that feel suspended in time and these are often the happiest. This often happens during performances; it is a joy to portray a story and character in front of an audience and suspend time for a while. As a mother, I have moments like this every day when my two daughters are playing happily with me and all seems perfect, then chaos ensues and it always makes me laugh. My happy place is Connemara on the west coast of Ireland, it is hard not to feel happy whilst watching the extremes of the Atlantic Ocean.

My children, if they can be called possessions.

After a difficult two years I can say at the moment I am happy and excited about my upcoming projects.

Irish soprano Anna Devin is widely admired for her “impeccable Baroque style” (Bachtrack), “vocal control…artistry and musico-dramatic intelligence,” (Opera News). An alumna of the Royal Opera House’s Jette Parker Young Artist programme, the Royal Irish Academy of Music, Guildhall School of Music and Drama, and the National Opera Studio, Ms Devin is ‘an ideal interpreter of Handel’s ‘sex-kitten’ roles’ (Opera Magazine) and has gained recognition across the world for her work in the Baroque and Classical repertoire.