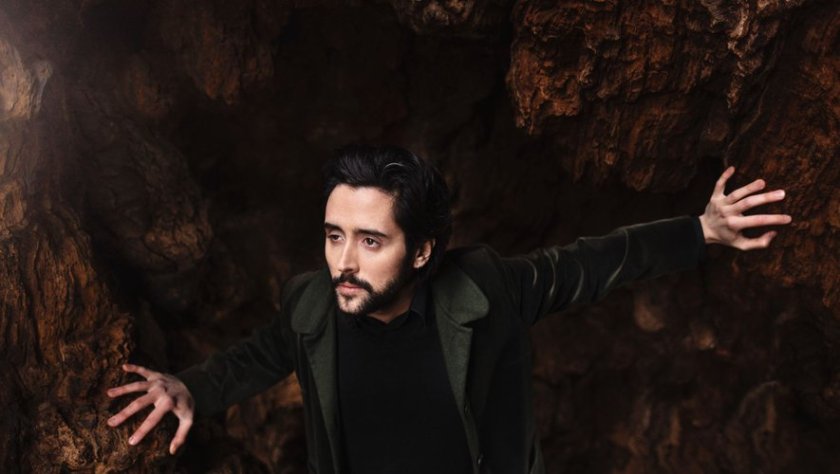 Who or what have been the most significant influences on your musical career?

My dad brought me to the piano when I was a kid. He has always showed me the right path and has always been an inspiration.

Then the influences develop themselves, and the music of composers, in itself, becomes the influence; but being influenced by your own intuition is always the best thing to follow for a career or, let’s say, a repertoire choice!

To find the balance between being an improviser and being a pianist of the great piano repertoire. I used to improvise when I was a kid and the liberty, the creativity that improvisation brings can erase everything else; it’s simply the greatest thing! That is also how I learned to create my own sound.  However, when the time comes to face the repertoire more seriously, you do need a framework or at least something more grounded and for me that is the biggest challenge; to keep focused and to work against the habit of improvising

Of which performances/recordings are you most proud?

I think I am still not good at understanding what is the best side of myself when it comes to a concert. I sometimes think the performance was great, because it felt great in the music making, but the audience’s reality is always different; your own sensation as a musician on stage can lie and the real emotion comes out of musical moments that are not always comfortable.   In terms of recordings, that is a different thing. A recording stays forever and, even if we can be proud and happy in the moment where we let it go out into the world, we realize that we already evolved and we now would play it another way.   Nonetheless,  I am proud of my first recording, « Un monde fantastique », especially because I made what I wanted and because I tried to never abandon my personality.  I gave the music what is mine, without thinking what should be or what should not be… I am proud of being able to say who I am in the recorded music industry, and that is because my label, Mirare, had a real trust in me and a real openness for my musical project.

Which particular works/composers do you think you perform best?

I can’t answer so easily because I’m afraid that once again my feeling might be a wrong!  As I am an intense fan of the music of Schubert and Schumann, I would maybe go directly to them to answer the question, but I also realize that the composers that I feel are more difficult (especially Mozart, Chopin and Debussy) are not necessarily at the end the one I play less well. This really depends on which work is in question. At least one thing is that for the live concert experience, I feel really close to Liszt, for the liberty of mind and structure, the depth of the emotions and the philosophical gaze he had. It’s also a composer who obviously writes music from the source of the improvisation ; that might be why I feel close to his music when I perform it.

Basically everything other than music: living my life, eating good things, trying to live with comfort, watching a lot of movies (I am a cinema nerd), reading a lot of books, spending time with people. I miss sport a bit though!

Intuition is again the answer. Until now, I never really had to play something just because I had to. When you are free of choices, it is important to look all around the repertoire. When you know a bit more about the wonders, you can decide more easily how to bring a very popular masterpiece to a completely different kind of work that might fit extremely well. In the end, I love it when recitals are brilliantly constructed, also theoretically because they make so much sense.  However, I would also like to say that sometimes, when you simply want to play This + This + This, that is often enough.  When we want it to be, it simply works because intuition makes it all OK, without having to justify it always.

Every concert venue is different so it would be wrong to rank the pleasure I get from them.  It’s often linked to the state of mind we are in, in which moment of life we find ourselves, or which people we meet… so for me everything is great! My personal life brought me to really love playing in Scandinavia though!

What do you feel needs to be done to grow classical music’s audiences?

I think we should stop sacrificing all of the tradition, first of all. Traditions could be more easy to access maybe, but I don’t think necessarily that we have to stop doing what we do. There is nothing wrong with playing on stage in a suit, but it doesn’t mean it has to be the same all the time. I am the first one to say that we have to break codes; but breaking codes has something to do with giving back emotions to the audience, and maybe to stop the situation being unaccessible people and thereby hindering the communication. Deep down, if someone is moved by the music, this person will never reproach the way in which it is made. On the contrary, I think the movement that the classical music world has been following for more than ten years now in trying to develop stages and venues for people who are not in habit of being in contact with classical music is the most important thing on which we should focus. We must be multi-faceted artists, ready to play on a big stage with a suit or not, to talk to any public about what music is, how classical music is just a very old popular art that has survived and has a lot of different emotions to offer. Musicians have to talk as much as they play, I do believe in that. For me, improvisation has been – and my experience speaks for itself – the most amazing touchstone  for an audience that doesn’t know anything about classical music. Improvisation gives you the possibility to do absolutely everything you want and to share the experience with everyone. That is wonderful and this tool could be more integrated to classical concerts,also in its old school form of a big stage. For that, we have to redevelop this wonderful tradition in our musical institutions and stop turning out instrumentalists who are scared to try improvisation simply because we never give them the chance to try! We should also definitely take jazz musicians more seriously, especially in this respect.

There have been a lot but maybe playing Bartok’s 3rd Cconcerto in Radio France, in Paris, in front of Martha Argerich – that is one of the most intense things ever – and it was great!

I guess the same as in any other career ; having the feeling that we achieved something we love, and for which we did not have to lie to ourselves. Staying who you are, and moving on with thoughts, emotions, doubts, and discovering new things all the time.

What advice would you give to young/aspiring musicians?

What’s the one thing in the music industry we’re not talking about which you think we should be?

There are a lot of taboos about the time we spend practicing, the difficulties we all have to stop and breathe and the fact that one day taking a complete break from the instrument is not permitted for a lot of us. I wish we could talk more about this phenomenon; rationally, who thinks that, spending one day less on the instrument every week, would make him or her a less good musician? That also goes with serious psychological things we should talk about, also in order to prevent physical pain of every kind.

What’s next? Where would you like to be in 10 years?

I’d like to be wherever life brings me; I would like to still be in France or have a strong link there, as well as in Denmark, which I love!

Maybe having a lot of exciting repertoire in my hands, and always new recording projects; being always in the middle point where I can be a pianist, a composer, a chamber music partner, and an improviser.

Good question… being always open and curious, sharing with a lot of people, not being scared of taking risks, living surrounded by all this music, these movies, every project that comes to me… travelling and being in this in-between-state as a foreigner. Living life with all emotions; and continuing to be in love !

Sounds a bit like ‘Pulp Fiction’, but my dad’s watch !

Happy and excited for what is to come.

Jean-Baptiste Doulcet releases ‘Un Mond Fantastique’ on 9 September 2022. Conceived as an exploration of the literature of the fantastic, this imaginative programme underlines the importance of literature in the musical landscape of the Romantic era

Born in 1992 in Paris, Jean-Baptiste Doulcet is a pianist, improviser and composer.He won in 2019 the 4th prize and the audience prize of the Long-Thibaud competition (presided by Martha Argerich), and the Modern Times’ prize in Clara Haskil 2019 (pres. Christian Zacharias).

He is also laureate of the 2nd prize of the 8th Piano Nordic Competition and laureate of the Charles Oulmont’s foundation.Considered as one of the rising stars of French piano alongside Alexandre Kantorow and Rémi Geniet (Classica Magazine), he released his first CD (from a live concert) on Beethoven, Schumann and his own improvisations on audience’s themes (Les Spiriades, 2017). His second album (Schumann and Liszt), has been released in 2022 with the label Mirare.Read more