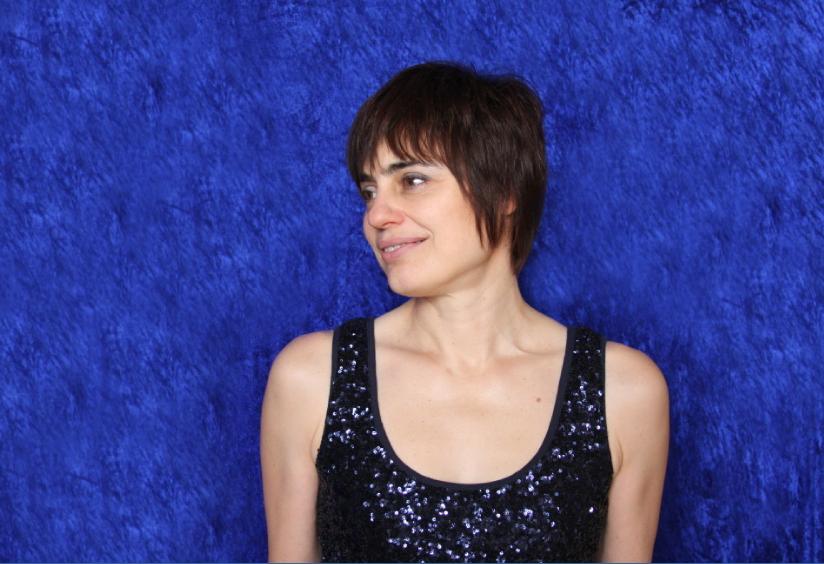 I don’t remember starting to learn the piano because I was only four years old, but my parents told me that when my older brother started to have lessons, I didn’t want to be left out! My decision to pursue it as a career came when I moved to my second teacher, Hilary Coates, a wonderful pianist and someone who was a great inspiration to me.

My teachers have undoubtedly been an important influence, in particular, Hilary Coates, Hamish Milne, my teacher at the Royal Academy of Music, and Andrzej Esterhazy, whom I studied with in my mid-twenties. All three helped me to develop in different ways and I owe a huge debt of gratitude to them. My older brother, Paul, has also been an important influence in my life as he often used to listen to me play through repertoire and advise me when we both lived in London.

Strangely enough, one of the biggest challenges has been finding a suitable space to practice in with a good piano. Most pianists will be very familiar with this difficulty, particularly in London, where space is limited and annoying the neighbours is a common problem. After many years of struggling wth this issue, I have now found a good space and I am lucky enough to own a lovely 1930s Steinway B, which I bought four years ago at the London Piano Auctions. The piano itself has an interesting history: the original owner was Anna Schindler, the cousin of Alma Mahler, and it has been played on by, amongst others, Edwin Fischer, Alfred Brendel and Paul Badura-Skoda!

The recording I am most proud of is my first solo disc of music by Enescu, Kodaly and Janacek recorded for SOMM. Enescu’s third sonata, in particular, is a tough piece and it was only in hindsight that I realised what I had let myself in for! I did however, receive some very good reviews, so that was very gratifying. One of the performances I am most proud of was my first performance of Gaspard de la Nuit by Ravel. I performed it in a small church in west Wales and, when I went back to perform there a few years later, people were still talking about it.

I like to think I play many areas of the repertoire well, but I feel a very close kinship to folk-inspired music of all kinds, but most particularly from Eastern Europe. I also feel very drawn to French and Spanish music – I think the latter suits my temperament well.

As a professional pianist, I am often asked to perform repertoire which I would not necessarily think of myself, particularly when it comes to concerti. In the solo sphere, one idea can often lead to another. Some years ago, the composer Tom Armstrong approached me at the memorial concert of a mutual friend in which I had just performed. The result of our meeting was a set of pieces entitled Morning Music which Tom wrote for me and which I performed many times and later recorded. More recently, Tom and I put together a concert showcasing piano pieces by contemporary British composers on the twin themes of night and day, which culminated in a recital I gave at The Warehouse in London. By contrast, I am currently programming repertoire by late 19th-century and early-20th century Russian composers – the so-called ‘Silver Age’ of Russian piano music – the idea for which came out of an earlier disc of piano music by Tchaikovsky.

It is difficult to single out one particular venue as so much depends on the audience, the piano and the acoustics. Wigmore Hall in London is certainly a lovely venue to perform in. However, although I have performed in some very prestigious venues, my most enjoyable experiences have sometimes been at smaller, out-of-the-way venues such as churches or town halls where the atmosphere has been unique and the audience particularly responsive. One such venue was St Thomas’s Church, Heptonstall, where I gave a recital as part of the Hebden Bridge Festival. More recently, I performed four hand piano music with my teaching colleague in a tiny concert hall in a music school in Shenzhen, China, to a very enthusiastic audience of parents, children and teachers.

I have always admired Emil Gilels’ playing very much and I often turn to violinist David Oistrakh, whose playing I find very intense and inspirational. Of living musicians, Arcadi Volodos and Piotr Anderszewski are two of my favourite pianists.

As a young artist, I gave many concerts as part of the Live Music Now scheme, where concerts take place in community settings. One particularly memorable occasion was at a home for young people with severe disabilities. At the end of my performance, a young boy, who communicated by tapping on a small device with a printout on his wheelchair, wrote “HIDS”. After some head scratching on my part, I worked out that he meant to write ‘Haydn’ but what he really meant to say was ‘Beethoven’. When I launched into an impromptu rendition of Beethoven’s Fifth Symphony, his delight was plain to see. He then told me that THAT was the piece I should have started my concert with! It was a humbling moment and a lesson for me in thinking more about how to engage with my audiences. I kept the bit of paper for years afterwards.

It is perhaps surprising to non-musicians that much of one’s professional life as musician is filled with frustration! By that I mean that trying to ‘nail’ the perfect performance is a lifelong quest and very rarely achieved. However, when, as a performing artist, you feel you get close to it, that brings a tremendous sense of fulfilment and satisfaction.

Be true to yourself and plough your own furrow. A musician’s career path is often a lonely and frustrating one so you need to maintain self-belief, even when events seem to go in a negative direction. It is also important to remember that there will always be someone better than you, so comparisons with other musicians are futile.

With her playing described as “sensational” [Gramophone], British pianist Nicola Meecham has been gaining international acclaim for her performances and recordings since her London debut for the Park Lane Group Music Series.

Her recording for SOMM of works by Janáček, Kodály and Enescu earned her top recommendation in the American Record Guide and exceptional reviews in Gramophone, International Record Review and International Piano Magazine.

SOMM have just released a second recital by Nicola, a disc of solo piano works by Tchaikovsky, including his rarely performed sonatas, a project indicative of her exceptionally wide-ranging recital repertoire.

Nicola has performed in all the major halls, including Wigmore Hall, St John’s Smith Square, the Queen Elizabeth Hall and Purcell Room, and at prestigious international festivals including Exeter and King’s Lynn. Abroad, she has performed in Holland, Italy, Belgium and the Czech Republic.

She has premièred works by a number of contemporary composers for which she has received critical acclaim, notably works by Henyrk Gorecki, HK Gruber and British composers David Horne and Tom Armstrong.

In addition to recordings of music by Kurt Schwertsik and the American composer Louis ‘Moondog’ Hardin, Nicola has also given broadcast recitals for BBC Radio 3 and Dutch Radio, and has been featured on BBC 2 TV.

Born in Bath, Nicola started playing the piano at the age of four and gave her concerto debut at the age of thirteen. She went on to study at the Royal Academy of Music where she won numerous competitive prizes, including the Macfarren Gold Medal, the Academy’s highest distinction. Her teachers have included Hilary Coates, Hamish Milne and Andrzej Esterhazy.

Nicola currently teaches at the Royal Welsh College of Music and Drama.